How Our Brain Really Remembers Things

We have been equipped with the finest computer to ever be developed. It's positioned between your two ears and functions at speeds that would boggle the mind. The functionality of our brain is expressed in conscious and unconscious commands to our autonomic and parasympathetic nervous systems. Systems that controls, stimulates and drives our dreams, feelings of emotion, fear, happiness, sadness, sexuality, sight, touch, and many other sensory perceptions. We have been gifted with a non-eraseable tape the problem is in accessing it sometimes. You also have the best camera because as you look around the room you are taking 52,000 pictures per second.

I am asked many times in our workshops what makes us forget? Am I getting early onset of Alzheimer's, or am I in the early stages of some other dastardly cognitive decline that will send me into a life of not knowing who I am or how I got here. The good news is everyone has a perfect memory it's just some are trained and some aren't. Were lucky in the fact, many of our motor skills and reflexes of our big, small or smooth muscles are driven by our autonomic nervous systems. This is in order to keep us breathing and our heart pumping while we sleep or relax.

Most people will never get Alzheimer's. We all have what we call MCI or Mild Cognitive Impairments because most of us have never been taught formalized memory training. I remember talking with my brother and sister in law who are both medical doctors at a family dinner. We normally have lunch at our mother or mother in laws home where we meet every Sunday. They both expressed how the inclusion of a formalized mnemonic or memory training class would have assisted them in loading pharmacology, microanatomy or some other integrative biological based medical school requirement. They both said that they had to create their own mnemonic systems to help in their studies. The use of acronyms, association, storytelling or just basic mnemonic systems to assist them in their studies involved research in the library to get the information they needed to help them.

I also recall teaching memory training to the graduating seniors at Yale law school in New Haven Connecticut back in 1993. The session was right before they had to sit for their bar exam and the universal comment from the majority of them was why weren't you here before law school?

I felt the same myself 19 years ago while sitting in the final night session of my formalized memory training workshop in Dallas, TX. I was one of a hundred and thirty other souls seeking help in multi-tasking. I had similar thoughts of why didn't they teach this in grade school? It would have given me the self confidence and self esteem needed to overcome what I didn't realize I had at the time, Dyslexia, and ADHD. Back in the late sixties the push was to achieve, don't share information and our ability to advance was measured by how well we did on test. We didn't have the advantage of being taught by affirmation it was usually by humiliation and not as productive as it could have been. The norm to achieve, compete, and advance didn't give you much chance to do the social connectedness or social norms now being considered to assist in the more casual creative way to learn. Therefore our bodies, and minds as well as our family involvement suffered a great deal. It caused us stresses that sent a lot of us spiraling into a medley of maladies both physically and mentally.

Our mind remembers through the experiences we encounter every day. Some transfer to our long term memory and allows us to recall when we are in a similar state. It is triggered by our cognitive ability to retrieve that memory. We can teach our brain techniques to proactively encode information, store it and retrieve it by a queue being stored with that memory. It's actually called the encoding specificity principle and says that stimuli can cause a memory to be recalled if the stimuli are created with a queue. So the queue actually retrieves the memory.

The types of memories we use are, flashbulb memory, iconic memory, semantic memory, and episodic memory, implicit memory and other types as well. Each type has its place in history and can be used individually or together. The state that we are in when the memory trace is laid down is also a major factor in recalling that memory. Some of these memories are transferred to the long term, some short term only and some developed at times we can't explain. So if you are drinking when you learn that joke you may have to be in that state again to remember it completely.

The technical way or physiological process of memory traces being built is phenomenal. Environmental factors play a very important role in creating and decaying memories. We do however have a proactive way to create the memories in our mind and then help the process of memory distribution into the neo-cortex of our brains. Technically what happens in our mind is electrical and chemical. We reach a plus or minus sodium solution of 70 which causes two or more brain cells to connect. This is done by the firing of synapses between receptors at the end of our dendrites spines in turn combining the two brain cells together. This completes the process of forming a new memory trace. The chemical neurotransmitters cause an electrical impulse of about 5 watts to join the two brain cells thus forming the new memory trace. The process of transferring it to the long term memory is dependent on many factors. One is the need, the selectiveness, the priority in life, our existence and the necessity to use it in the future.

Implicit memories are formed without our knowledge and locked in a lockbox of selective unconsciousness' within the brain. We are not sure how they get there are how our prejudices or biases are formed but the environment we are raised in must play a major part of the cohort effect of each 10 year time span. We now believe that our memories are actually laid down between the 3rd and 4th stage of our sleep cycle while we sleep and can be restructured over a possible 2 year time span.

We are still not a 100% sure how our memories are built but that's a pretty close explanation of the process as I see it now. These theories are based on the fact that we now have the technology to measure our brain more effectively. So I offer you this please take care of your brain. I tell my son-in-law and future son-in-law this cage fighting or mixed martial arts they pay to watch will ultimately lead to brain damage or trauma disorders. This ultimately will be something to be dealt with in the future for these young mindless athletes. The brain is the only organ in the body that is incased in a hard shell for a reason and not intended to be hit on or traumatized.

So exercise it, feed it the right nutrients and expand it every chance you get. We are living longer and will need it a lot longer in the future. I have to challenge myself everyday because my lovely wife has a rapid brain wave and processes much faster than the normal individual. So I have always told my children when mom finishes a subject and moves on we need to bring her back into our conversation because she is too smart. She was just gifted with a rapid brain wave and beautiful too! We still get a good laugh out of that process daily.
Posted by Unknown at 12:03 PM

Labels: Our Brain and the Memory 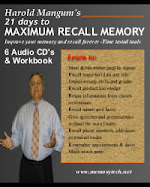